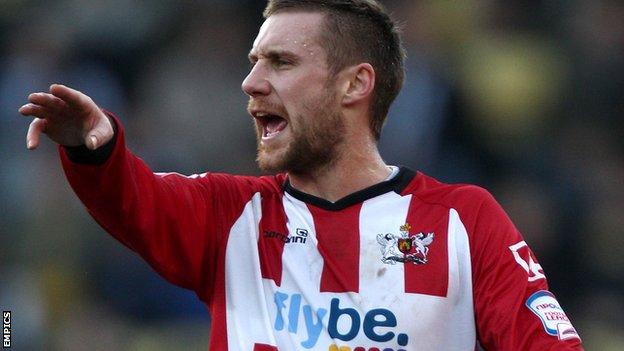 Exeter City captain David Noble is unsure about his future after the Grecians' relegation from League One.

City's 4-1 defeat at Carlisle saw them relegated to League Two after three seasons in League One.

Noble joined Exeter from Bristol City in 2010, having previously played for West Ham, Boston and Yeovil.

"I'm going to have to have a chat with the manager and the staff and see what their views are," Noble told BBC Radio Devon when asked about next season.

"They might not want me here next season, I haven't spoken to them yet, but that will come I'm sure."

The 30-year-old has played 87 times for Exeter, scoring three goals, since initially making his move in January 2010 after being released by Bristol City following a serious knee injury.

He was last summer and has played 45 times this season.