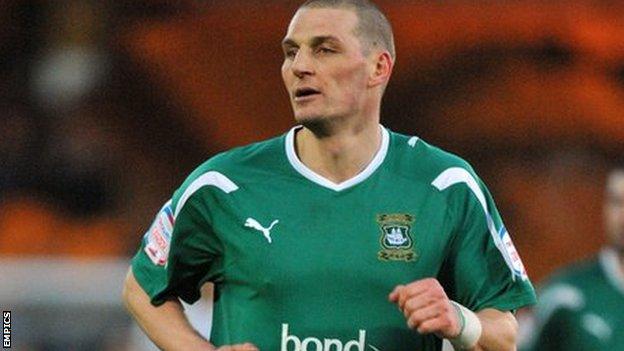 Plymouth Argyle manager Carl Fletcher has praised the professionalism of central defender Darren Purse after his equaliser sealed a point at Morecambe.

The goal was the 35-year-old's second for the Pilgrims since joining on loan from Millwall in November.

"All the lads want to do everything right, even when there's nothing to play for," Fletcher told BBC Devon.

"It's about being professional and doing the right things at the right times and Pursey epitomises that."

He added: "I'm pleased for him because the back four had been really solid this season and it was nice for him to get a goal."

The stopper, who only has spent most of 2012 on loan at Blue Square South side Truro City.

"It was great for him to get his debut, he's a local lad and he's delighted to be out there," Fletcher said.

"We're pleased for him because he's got all the basics and his technique's really good, so he's got half a chance."