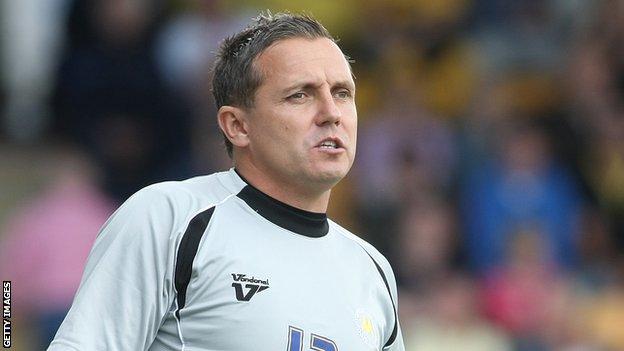 Luton Town boss Paul Buckle has told his side they have yet to achieve anything by securing their place in the Blue Square Bet Premier play-offs.

The Hatters to book a semi-final tie with Wrexham.

Buckle told BBC Three Counties Radio: "The realism is we've done nothing yet.

"We've put ourselves in a strong position. Let's all stick together, give it everything we've got and see if we can get into that final."

Luton's place among the play-offs looked unlikely after a run of six games without a win left them seventh in the table in early April.

But Buckle is undefeated since he took over from Gary Brabin four weeks ago, dropping just four points from his six games in charge.

"From what we saw and witnessed it didn't look like we were going to do it a few weeks ago.

"But we've turned it around and it shows you if you work that hard you don't know were it can take you."

Wrexham travel to Kenilworth Road for Thursday's first leg of the semi-final with the return fixture in Wales on Monday, 7 May.

"The games have got bigger and bigger for me and for the club and fans and it's going to continue," added Buckle, who took Torquay to League Two via the play-offs in 2009.

"It's going to be epic. You need a bit of luck in these games. But he biggest thing for me is we're actually in there and now we've got to go and make it count."