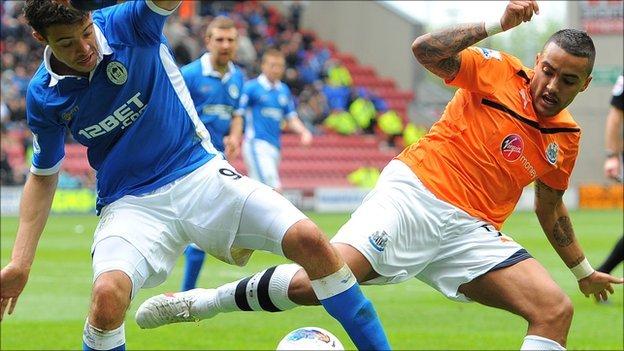 Newcastle United defender Danny Simpson has called on the club not to let their Champions League hopes slip away after Saturday's 4-0 defeat by Wigan.

Already assured of a Europa League spot, Newcastle are battling Tottenham, Arsenal and Chelsea for a place in Europe's premier club competition.

"We've still got a great chance to kick on and surprise a few people."

Three top-flight games remain for Alan Pardew's side in their pursuit of the top four, beginning with a trip to Chelsea on Wednesday.

"We've got to bounce back, as players, fans and staff and go to Chelsea on Wednesday to do our best," Simpson added.

"We can't get too negative and disappointed, because we're still in the mix.

"We've come a long way up to now and we've got to put it behind us."

Newcastle could still miss out on a Champions League place even if they finish fourth in the Premier League.

If Chelsea win the Champions League but finish outside the top four, they will qualify for next season's competition at the expense of the fourth-placed side.