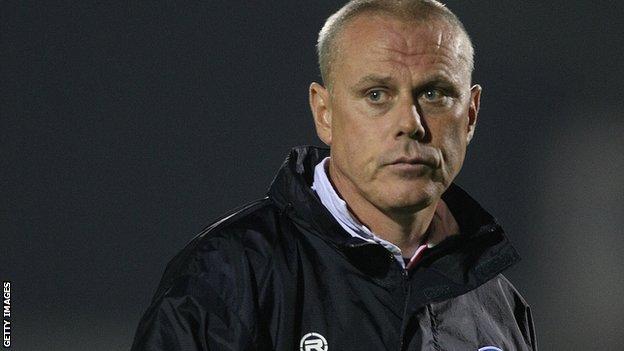 Chesterfield assistant manager Tommy Wright is confident the club can mount a promotion charge next season after their relegation from League One.

The Spirietes lost 3-2 at Yeovil on Saturday to confirm their immediate return to League Two.

"We've had a couple of good years with getting promotion and winning at Wembley," he told BBC Radio Sheffield.

"We'll take the club back up. Everyone's feeling flat and down at the moment but I'm sure we'll bounce back."

He added: "We've gone down and it's disappointing but there's a number of positives.

"There's no point feeling sorry for ourselves, we've just got to plan for the future."

Wright pinpointed the 17-match winless run the side went on from October through December as the main reason they were relegated - a run ended by a 2-1 win at Colchester in January.

"We've conceded far too many goals and we've not had the luck we perhaps had last season," he continued

"The biggest thing was the winless run, if we'd won three of those matches we'd be comfortably safe."