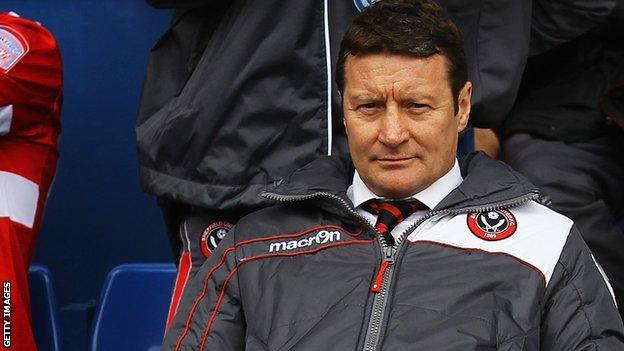 The Blades drew at home to Stevenage while Sheffield Wednesday won away at Brentford to go one point ahead with one match left.

"We'll stay positive, if we have to go through the play-offs then we will."

He added: "If we win at Exeter then you don't know what might happen so we'll be keeping focused."

Both teams face sides already relegated from League One on Saturday with the Blades travelling to Exeter and the Owls hosting Wycombe.

United's goal difference means they would go up with a draw if the Owls, who are on a 13-match unbeaten run, lost to the Chairboys.