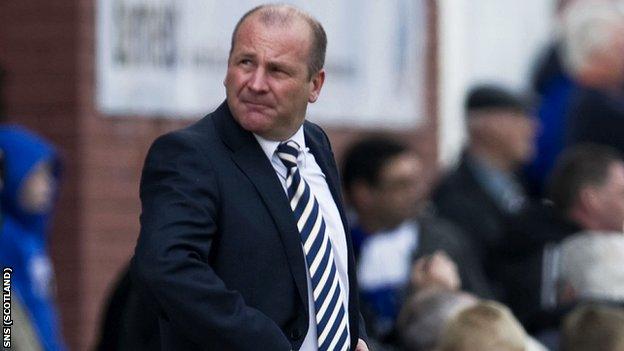 Queen of the South have parted company with manager Gus MacPherson following the club's relegation to Division Two.

But Saturday's 3-1 defeat at Raith Rovers consigned the Dumfries club to the drop after a disappointing season.

With one match of the campaign remaining, assistant manager Andy Millen has left the Doonhamers along with MacPherson.

"I had a chat with the board six weeks ago and told them it would be my intention to resign," MacPherson told BBC Scotland.

"It's been a turbulent couple of years for the club, financially.

"We knew the situation when we arrived and we tried our best to get the results to stay in the First Division but it proved extremely difficult."

A short statement on the club website confirmed the duo would be leaving with "immediate effect".

"The club, Gus and Andy agreed that it was in the best interests of both parties that we make the change now," it said.

"The directors of Queen of the South would like to take this opportunity to thank Gus and Andy for all of their efforts in what has been a difficult season for all involved at the club.

"We wish them well for the future."