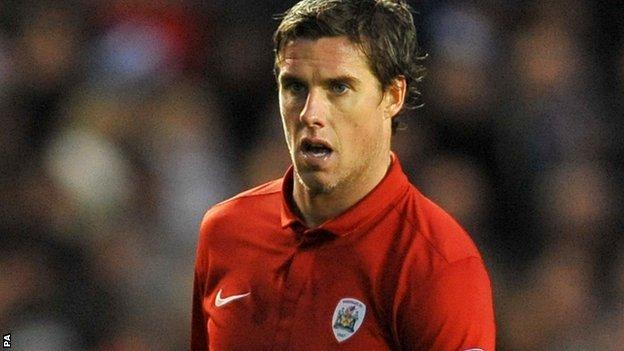 Gray, 34, who has spent the last three seasons at Oakwell, scored 21 goals in 96 league appearances for the Tykes.

Goalkeeper David Preece, defender Jay McEveley and midfielders Alistair Taylor, David Cotterill and Nathan Doyle have all been told they will not be offered new deals.

New contracts have been offered to skipper Jacob Butterfield and midfielder Jim O'Brien.

Barnsley boss Keith Hill said earlier this month that he expected 22-year-old Butterfield to reject the club's contract offer amid speculation linking him with a move to the Premier League.