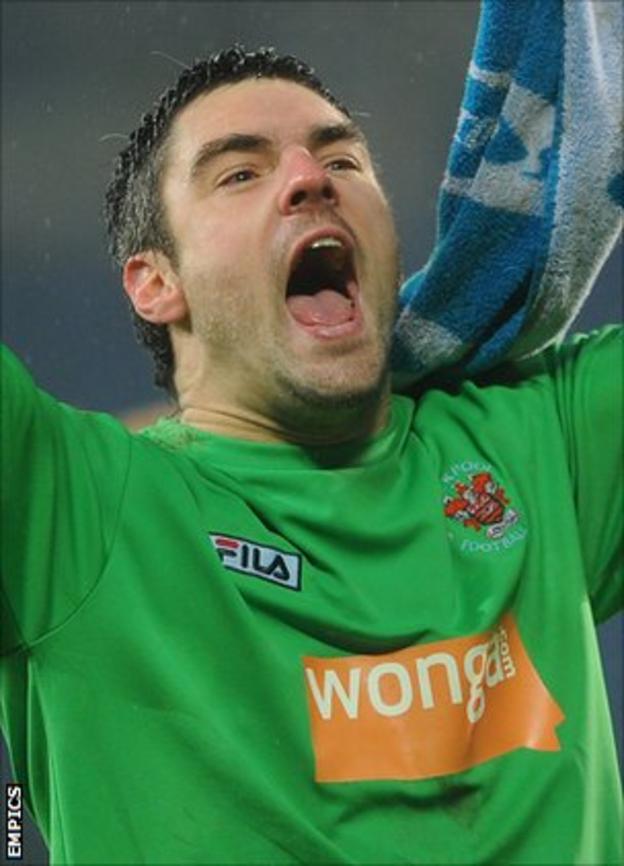 Goalkeeper Matt Gilks says Blackpool will not alter their preparations for the Championship play-off semi-final against Birmingham.

Blues travel to Bloomfield Road on Friday, with the return leg on 9 May.

"We're going to keep training the same, keep our day off the same and approach it as if it's any other game," Gilks, 29, told BBC Radio Lancashire.

"We're going to do everything like a normal week and hopefully we can go to St Andrew's with a win."

Blackpool, seeking an instant return to the Premier League, have won only once against the other sides in the Championship play-offs - Birmingham, Cardiff and West ham - this season, drawing twice and losing on three occasions.

"It didn't matter to us who we got [in the play-off semi-finals]," added Gilks. "There are three other good teams in the play-offs and it was going to be difficult, no matter who we got.

"I know West Ham have beaten us twice this year, but the mentality in a play-off game is completely different to a league game."

On-loan striker Nouha Dicko, who has scored in each of his his last two matches, is hoping to start in Friday's meeting with Birmingham.

"I've tried my best and now the gaffer will have to make his choice," said the 19-year-old.

"If I start the game, it's good for me. If not, it's not a bad thing. I hope I'm going to be involved in the squad and I hope to show what I can do if I come on."