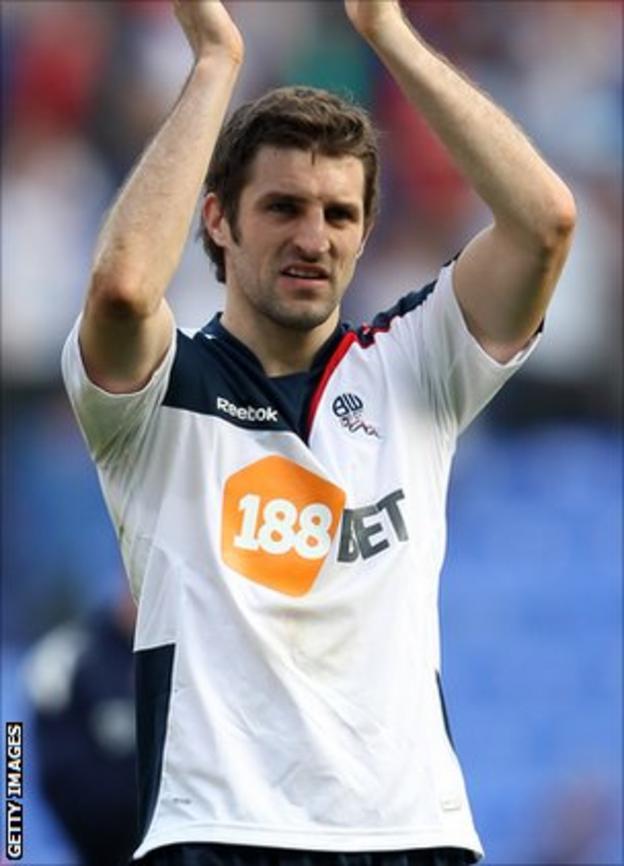 Bolton defender Sam Ricketts says Wednesday's meeting with Tottenham may be coming at a good time for Wanderers.

A win over Spurs, who have won only two of their last 10 Premier League games, would lift Bolton two points clear of the relegation zone.

"Tottenham have been on a sticky run since the FA Cup semi-final, a bit like us last year," Ricketts, 30, told BBC Radio Manchester.

"It's important for us to impose ourselves on the game."

Wanderers have lost only two of their last eight league games, winning four, and, with a game in hand on all of their rivals at the foot of the Premier League, they now have their fate in their own hands.

"If we had played like this at the start of the season, we would have been in a different situation now," continued Ricketts.

"We're now starting to show the form and desire that we've got in the side to get those points and results."

Tottenham returned to the top four, ahead of Newcastle on goal difference, with victory over Blackburn on Sunday.

Bolton captain Kevin Davies, who scored twice in Bolton's 2-2 draw at Sunderland on Saturday, added: "It's going to be a huge game and, if we can win it, it will give us a huge boost going into the last two games.

"It's important that we don't try and think about what the other teams are doing. We've got to think about ourselves.

"We've given ourselves a chance. A few weeks ago, we were four points adrift and now we're right in amongst it."