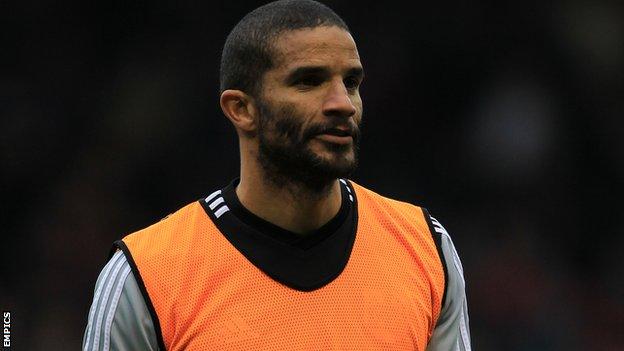 Former England keeper David James must find a new club to prolong his career after being released by Bristol City.

The 41-year-old, who won 53 caps, was among eight players not offered new contracts by the Ashton Gate club.

He had not been a starter of late but played an hour last Saturday against Burnley before being substituted.

James, who was England's first-choice keeper at the last World Cup in South Africa, saved two penalties in a single game against Reading in February.

He must now decide whether to continue solely as a player or look to take on coaching responsibilties.

Full-back Jamie McAllister, who made one appearance for Scotland in 2004, is also leaving City after six years with the club.

The 34-year-old had a spell on loan at Preston this season but returned to help the club escape relegation from the Championship.

Striker David Clarkson and winger Jamal Campbell-Ryce have also been released, along with youngsters Christian Ribeiro, Marlon Jackson, Dan Ball and Henry Muggeridge - the last four all products of the club's academy.

Prior to the announcement, manager Derek McInnes told the club's website that the turnover of players would be bigger because of their struggle to preserve their Championship status.

"It is a difficult part of the job but, for me, it is all about doing what is best for the club," he said.

"We will be adding to the squad over the summer and to do that, sometimes others have to make way."

Veteran defender Louis Carey, 35, has been offered a new one-year deal and only needs 20 more appearances to equal the club record of 645 by Jon Atyeo.

New contracts have also been given to former Celtic and Derby midfielder Stephen Pearson and defender Joe Edwards and youth keeper Lewis Carey.