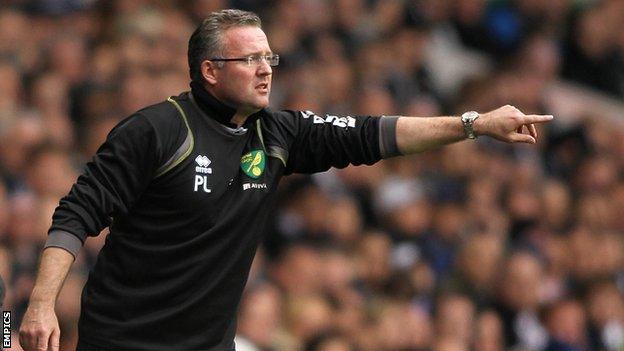 The Canaries have secured Premier League safety but have suffered successive defeats by Liverpool, Blackburn and Manchester City.

"When you lose games everybody will throw excuses at you," Lambert told BBC Radio Norfolk.

"Is it fatigue? I'm not so sure because we've tried to use as many players as we can to try and freshen it up."

But the Scot has refused to degrade his side's achievements this term, after spending the majority of their first Premier League season for seven years in mid-table.

"It's been a long, long season for us. It's been really hard," said the former Celtic midfielder.

"But you can't be too critical of the team because of what they've done for this football club.

"We've set ourselves a high standard over the last few years and there haven't been many times I've come away from here disappointed."

Lambert did admit that top scorer Grant Holt was restricted to a substitute appearance in Saturday's 3-0 reverse to Liverpool in order to rest the 31-year-old.

"I just thought the number of games Grant's played in succession have been three big games," he said.

"It's hard to keep going, relying on the same lads who have done it week in, week out for you."