Jersey's top amateur footballers will represent England in Europe after battling back to beat the Isle of Man 2-1 in the FA Inter-League Cup final.

Lee Gale put the Isle of Man ahead but Luke Campbell netted a late equaliser in the closing seconds of normal time.

After the game at the Bowl in Douglas went into extra time Jersey's Joe Murphy was brought down in the opposing penalty box.

Jack Cannon calmly stepped up to the spot and dispatched the spot-kick. 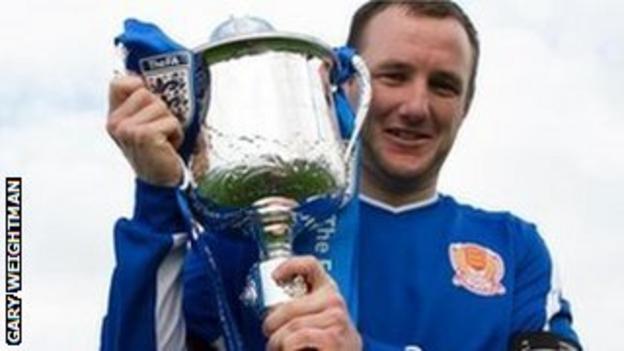 "I'm overjoyed for the boys, it was a great team effort.

"A special mention to our captain Luke Watson as we dedicate this victory to the late Phil Watson who passed away earlier on in the week.

"Obviously mixed emotions for Luke and some of the lads but a tremendous effort and something we can all be proud of."

Isle of Man boss Kevin Manning said: "We were 30 seconds away from glory and it's a game we should have took.

"For me their keeper [Craig Fletcher] was outstanding. He kept everything out. We scored a great goal through Lee Gale but it wasn't to be."

Both managers had described the game as the biggest in their islands' history.

The win means Jersey will head to San Marino as representatives of the English FA at the Uefa Regions Cup.