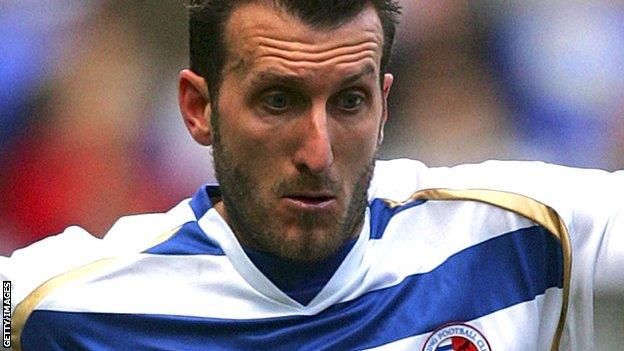 Wrexham winger Glen Little believes three teams should be promoted to the Football League from the Blue Square Bet Premier.

Currently only one team is guaranteed promotion from the Conference with another going up through the play-offs.

Wrexham finished second behind Fleetwood and now face Luton over two legs in the play-off semi-finals.

"I think personally it should be two going up and then the play-off winners," said Little.

"To get 98 points and not go up automatically is hard to take.

From my point of view I don't feel the pressure, I love it. You'd rather be doing this than [be] mid table and season over.

"The problem we've got is that over the years it's the [Football] League clubs that have had the vote so only two [go] down and two [go] up.

"When they end up getting relegated it's a lot tougher to get back up. In some ways they've only got themselves to blame.

"There's a lot of [former] League clubs in the Conference wishing they probably could have the vote again but there's nothing you can do now.

"We're hoping it doesn't work out that way. We're hoping we can do the job in the play-offs anyway so we don't have to moan about the injustice of it."

Wrexham had led the Blue Square Bet Premier until the end of January but were overtaken by Fleetwood Town, who secured the title and promotion to the Football League.

That meant a second successive season in the play-offs for the Welsh club, who will once again face last season's conquerors Luton Town over two legs.

Andy Morrell's side travel to Kenilworth Road for the first leg on Thursday before the Hatters visit the Racecourse for the second leg next Monday.

"But from my point of view I don't feel the pressure, I love it. You'd rather be doing this than [be] mid table and season over.

"It's worked out it's Luton again. They got the better of us last season [so] we hope it's different this season. We'll go there to try and win the match.

"The last few weeks we've just had our minds on finishing the season and getting straight into the play-offs. Now the seasons over [we've got] two big games to look forward to."