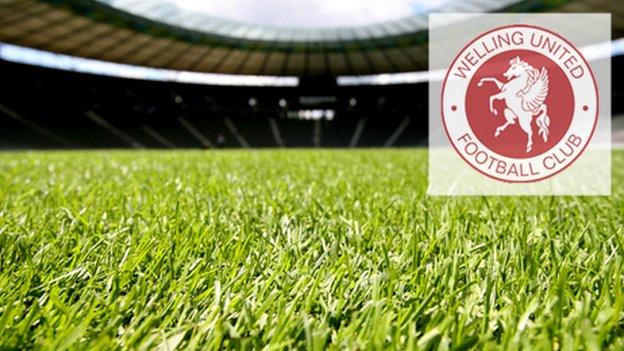 The Wings, who finished fourth, travel to Sutton United with the return leg at Park View Road on Sunday.

Day told BBC Radio Kent: "It all comes down to the first game. If we come back two or three down, it makes it tricky.

"Hopefully we can get a win or minimum a draw, then we'll feel confident of finishing the job."

During the regular season, Welling lost 4-3 at Gander Green Lane before being held to a goalless draw at home in March.

Day admitted that a deficit of two goals or more was the worst case scenario.

"Anything more than two goals is going to be a massive ask," he said.

"Even two goals, to come back at home is going to be very difficult but we've got enough firepower and we've got good attacking players to do that.

"Hopefully we won't be in that situation and we come back to ours with an advantage."