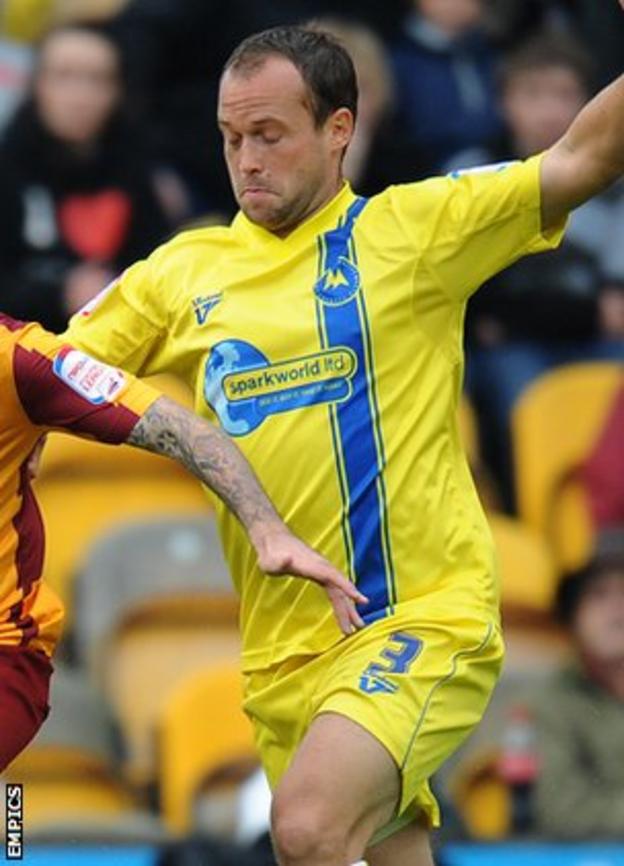 Torquay left-back Kevin Nicholson says his club has the experience to succeed in the play-offs, should they fail to clinch third place in League Two.

The 31-year-old, who was nominated to the League Two team of the season, has experienced three play-off campaigns in his five years at Plainmoor.

"We're hoping that Crawley slip up, but we've just got to do our end of it.

"A few of us here were lucky enough to go up at Wembley and it's something you wouldn't mind doing again."

Nicholson was part of the Torquay side which was beaten by rivals Exeter City in the Blue Square Premier play-offs in 2008, and lost to Stevenage in last season's League Two play-off final.

But Nicholson was also in the side which beat Cambridge United in the 2009 Blue Square Premier play-off final.

"You don't get experience without being through the tough times," the veteran defender, who has played 234 times for Torquay, told BBC South West.

"We lost against Exeter in my first year and it was devastating because with 20 minutes to go we were at Wembley.

"But the following year we got promoted and we might not have done one without the other.

"Those kind of experiences shape you as a person and as a player and now we've got the chance to do it again, hopefully automatically that's what everybody wants.

"No-one's really talked about the play-offs yet, but if that time comes round then we're all big enough to be able to accept we've had a good season and forget about it because the league table doesn't matter after that.

"It just comes down to four teams and one spot going up."