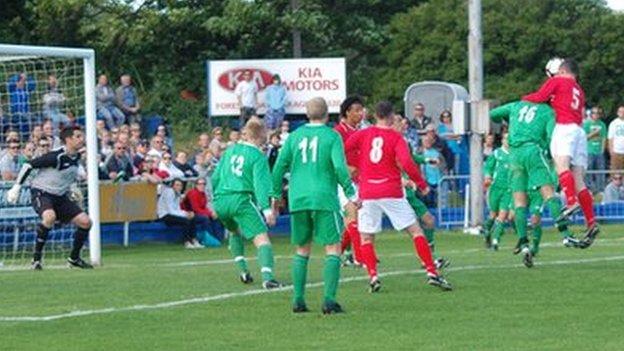 Jersey Football Association's chief executive Paul Creeden is desperate for a winning conclusion to his five years in the job.

Creeden is stepping down from his role at the end of Monday's Muratti final against Guernsey.

He is set to become a regional manager with the English FA at Wembley Stadium.

"It's very important [to bow out with a win] and it would be nice to see all of our lads happy on my last day," Creeden told BBC Radio Jersey.

Jersey currently hold the Muratti Vase after and will have home advantage at Springfield Stadium for Monday's game.

They go into the match off the back of lifting the FA Inter-League Cup, where they clinched a place at the Uefa Regions Cup.

Meanwhile, Guernsey's players have the benefit of having played alongside each other all season for club side Guernsey FC, who won the Combined Counties Division One title in their first year in the English football pyramid.

There have been calls for Jersey to follow in their footsteps but Creeden does not believe that would be the best move.

He said: "It's not something I think would be in the best interest of our sport in Jersey.

"There's always a difference of opinion and I can understand why they might want to play in England but playing week after week is going to take its toll on family life."

The Jersey Football Association has told BBC Sport Muratti ticket sales have "gone well" in Guernsey but are "slow" in Jersey.

Kick off at Springfield Stadium on Monday, 7 May is at 1400 BST with live commentary on BBC Radio Jersey and BBC Guernsey.