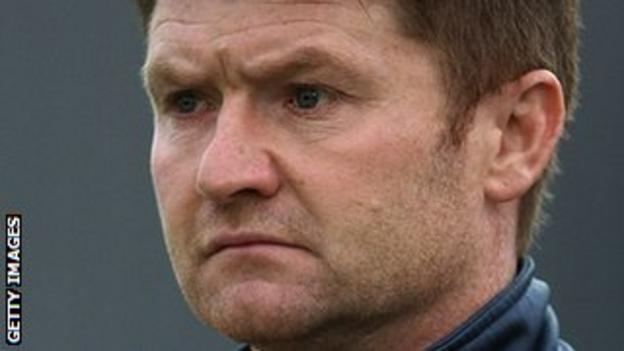 The Steelmen finished the season just two points above the relegation zone and Drury's contract was not renewed after four years at the club.

"We've decided it's in the best interests of all parties to proceed in a different direction," said acting chairman David Mallinger.

"He's made a huge contribution and we're grateful for that."

His final match in charge was last Saturday's 5-0 defeat by Harrogate Town and he commented: "I'm very disappointed with how my reign at the club ended.

"That's not the way I wanted to bow out - but I feel my achievements here over the years will ensure that's not what I'm remembered for."

The club has imposed a deadline of 7 May for applications for the post.