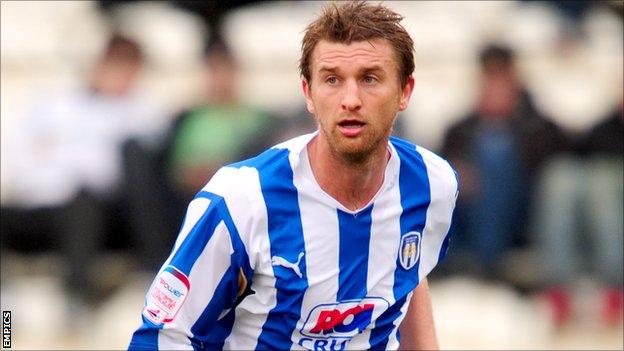 Colchester United defender Matt Heath has been offered a new contract and hopes to extend his stay at the club.

Heath, 30, signed from Leeds in May 2008 and has made more than 100 appearances for the U's, but his current deal expires this summer.

The centre-back said: "I would like to stay here, we're happy around the area.

"Hopefully I will be able to get something sorted out, before I say goodbye to everyone for the summer."

Heath, a former Coventry and Leicester defender, added that he does not want to be without a club in the summer.

"The amount of players that go into pre-season not knowing where they are going to be playing, I couldn't think of anything worse," said Heath.