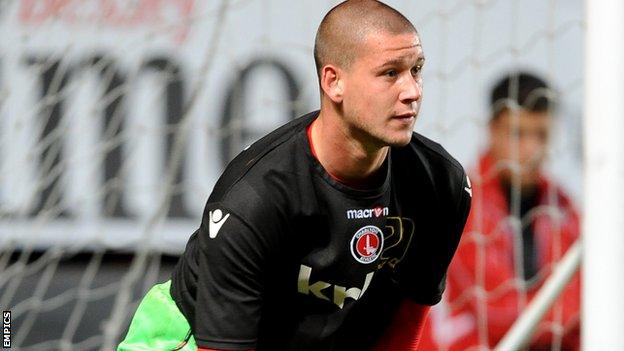 Gough, 18, has spent six years with League One champions Charlton, but was released after failing to break into the first team.

He was advised to move to the Pirates by former team mate Harry Pell, who made the same move in 2010.

"I think it was probably time for me to leave now, just after being there for so long. I want to get the number one shirt," he told BBC Radio Bristol.

"I know Harry really well, we did our scholarship together at Charlton. He obviously didn't get anything and he came down to Bristol.

"My agent sorted it out for me, I came down for a trial and the gaffer(Mark McGhee) liked what he saw."