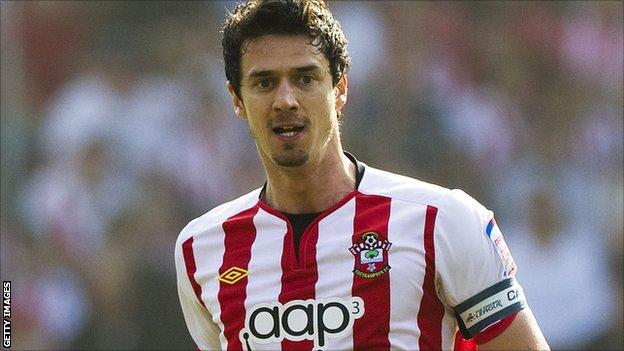 Southampton defender Jose Fonte believes the club have the right blend of youth and experience to survive in the Premier League next season.

Saints defeated Coventry 4-0 on Saturday to win promotion back to English football's top flight after a seven-year absence.

And Fonte, 28, feels the south-coast side are good enough to stay up.

"We know we are going to have hard time, but we have to prepare for it," Fonte told BBC Radio Solent.

Fonte, who made 44 appearances last season, added: "This team has been playing together for nearly three years. We have a good spine in the team starting with Kelvin [Davis] in goal - who has had an amazing season.

"We have Danny Fox who is hugely experienced, Jos [Hooiveld] is a great player and a great centre back. Danny Butterfield has a lot of experience and is a gifted defender.

"So we have good defensive players but a good team in general with Adam Lallana in midfield and Rickie Lambert up front and we look forward to challenging ourselves in the Premier League."