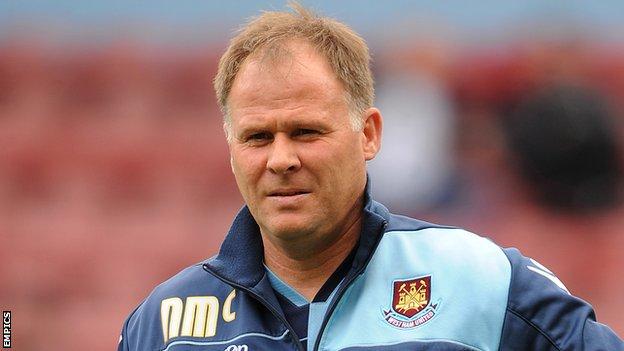 West Ham assistant manager Neil McDonald thinks their away record may worry Cardiff ahead of the first leg of their Championship play-off semi-final.

The Hammers picked up 45 points in their 19 games away from Upton Park during the regular season.

"We're scoring goals and keeping clean sheets, which is excellent. It's certainly going to be a tight affair."

The east London side visit the Cardiff City Stadium on Thursday evening, with the return leg at Upton Park on Monday.

McDonald believes that after suffering only two league defeats in 2012 and finishing third in the table, the Irons are in a strong position heading into the play-offs.

"The momentum is there and we are unbeaten in six games," McDonald added.

"It [the play-offs] is a unique situation that some players have been involved in and some haven't.

"It's a case of getting the blend together and making sure everybody copes with the information that's given to them. They've done fantastically well this season so there's no reason why they shouldn't.

"The boys are in good spirits and we're all ready for the game. We know what we have to do and we're full of confidence."