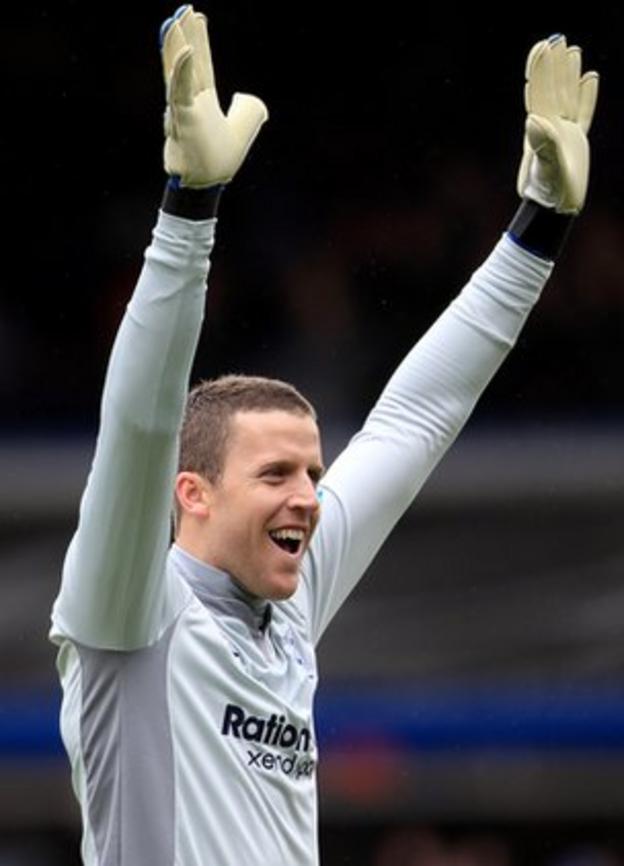 Doyle's second-half penalty save, with Blues 1-0 up, from fellow Irishman Ian Harte, helped beat Championship winners Reading to seal a tie with Blackpool.

"It was great to save the penalty. If we drew, we'd be sixth and facing West Ham over two legs," Doyle told BBC WM.

"Now we have the second leg in front of our own crowd. That's got to be good."

Having been thrown in at the deep end when Blues number one Boaz Myhill injured his thumb in the warm-up before the Bristol City game on 14 April, Doyle's first three games back between the sticks ended in draws.

But Saturday's 2-0 win against the Royals was his first since returning to the team.

Now 26-year-old Doyle has the security of knowing that he will stay in for the rest of the season, with Myhill having suffered ligament damage that required an operation.

If everyone had been asked whether they'd take fourth place at the start of the season, they'd have snapped your hand off

And, starting at Bloomfield Road on Friday night, against a Blackpool side they did the double over in the Premier League last season, Doyle hopes that Blues can show just how high spirits are in Small Heath.

"We're now on a nine-game undefeated run," added Doyle. "And that gives you a bit of confidence.

Despite the distraction of manager Chris Hughton being linked with West Bromwich Albion and suggestions that Blues should be tired after such a long, hard season, the pressure remains off and the feeling in the camp is that they could be peaking at just the right time.

"It's been a fantastic year," said Doyle. "Saturday was our 60th game.

"The fans enjoyed Europe and so did the players. And, with all the players going out in the summer and a new manager, if everyone had been asked whether they'd take fourth place at the start of the season, they'd have snapped your hand off.

"But we won 3-0 against Blackpool here and, before that, we drew up there with a last-minute goal. And it would be good to repeat that."