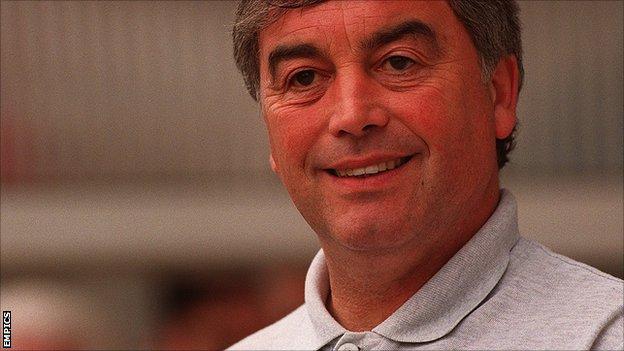 Manchester City could be as little as 180 minutes away from their first top-flight title since 1968.

has put them in pole position to lift the Premier League trophy on 13 May.

But everyone in football knows that following City has not always been easy. For every up, there has often been a down.

They were heading towards their lowest ebb in recent memory in February 1998, and it was a 1-0 home defeat to near neighbours Bury, managed by Stan Ternent, that helped to send City plummeting towards the third tier.

Ternent told BBC Radio Manchester the win ranks as one of his best moments in football.

"We went to Maine Road. It was only 'little Bury' but we had a very good side.

"We used to work this corner where we got a little flick-on and my centre-back Paul Butler, who is a mad Manchester City fan, got on the end of it and scored.

"Towards the end, this guy came running over from somewhere and threw his season ticket into the Manchester City dug-out.

Ternent has not held a managerial role since being sacked by Huddersfield Town in November 2008.

Hear Ian Cheeseman's full interview with Stan Ternent on BBC Radio Manchester's "In the Spotlight" programme from 1800 BST on Thursday, 3 May and online from Friday.