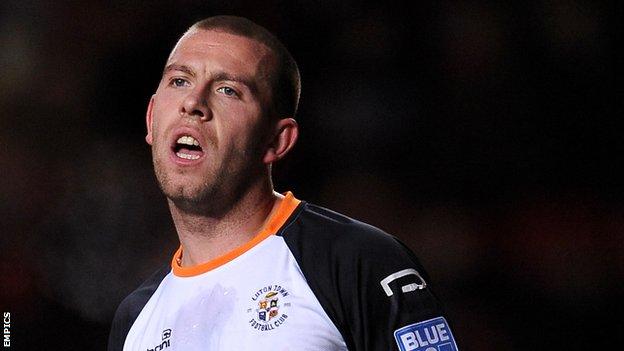 Luton Town midfielder Keith Keane has claimed his side will enter the Blue Square Bet Premier play-offs without the confidence of previous years.

The Hatters face Wrexham in Thursday's semi-final first leg, having reached this stage in the last two seasons.

"I wouldn't say we're as confident as the last two play-offs we've been in," Keane told BBC Three Counties Radio.

"We even see ourselves as underdogs. But we're happy about it," the 25-year-old added.

Luton in the play-offs

"It's more of a hope of going up this year than expectancy and sometimes that relieves pressure off the players."

Luton, who are looking to return to League Two after a three-year absence, were beaten by AFC Wimbledon in last term's final and failed to get past a semi-final with York in the previous campaign.

Keane, a product of the Kenilworth Road youth system, has played in the Championship for the Bedfordshire side as recently as five years ago and knows the importance of reinstating the club's Football League status.

"Every time we're in the play-offs the games just get bigger and bigger. But nobody wants to wait any longer.

"We've learned the first leg is important. You can't rely on the second game.

"You've got to try and get in front in the first game and if it's at home you've got to make that advantage count."