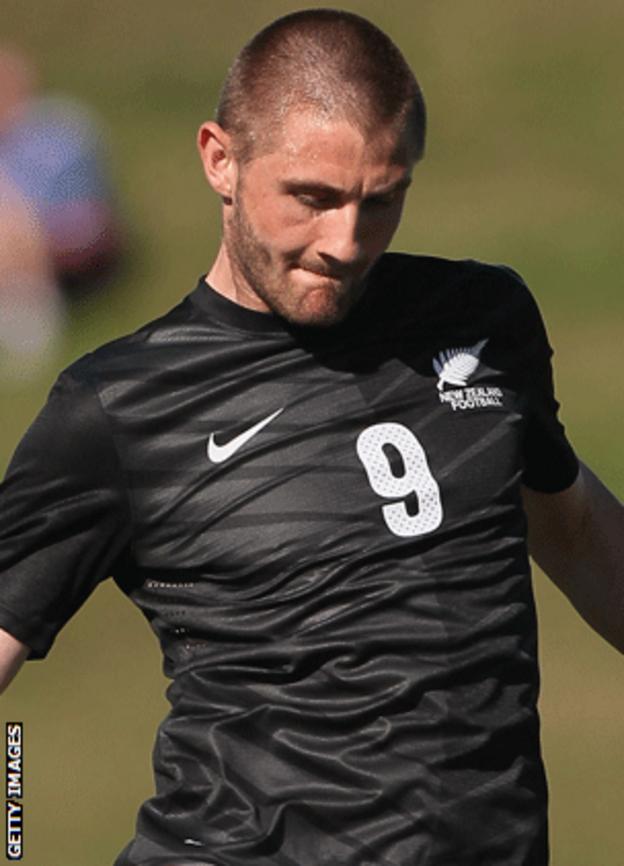 Welsh Premier League striker Greg Draper is hoping that he might have done enough to play in the Olympics.

The New Saints' player of the season hit 27 goals in helping his side to the Welsh title.

And Somerset-born Draper, who played for New Zealand at the 2008 Beijing Olympics, is hoping that sort of form will earn the selectors' nod again.

"They must name their final squad in a few weeks and fingers crossed I've done enough," he told BBC Radio Shropshire.

"I've been scoring goals and the team won the Welsh Premier by five points - it's been my best-ever season."

Draper, 22, who played in New Zealand and Australia before moving to this country and playing for Basingstoke Town, also scored the only goal of the game against Fiji in the Olympic qualifying final - the decisive strike that took the Kiwis to London 2012.

But, after a slow start in Oswestry, he has found the net on a regular basis.

"I didn't play in the first couple of games," he said. "And it took me the first three or four weeks to settle at the club.

"But, since then, the goals have been flowing and it's been a very successful season, for me and for the club."