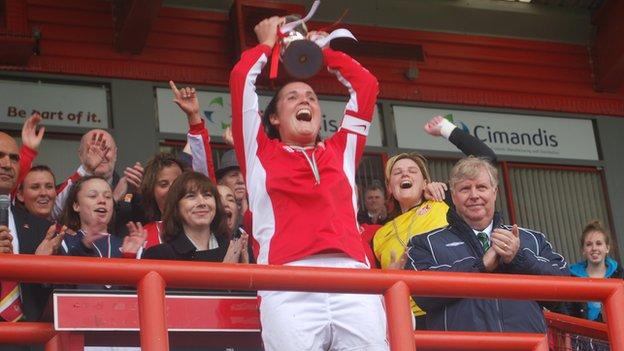 Louise Van der Vliet slotted home the only goal at Springfield Stadium just before the hour mark after latching onto a poor clearance from Guernsey keeper Kayleigh Marquis.

"We had loads of chances but, credit to Guernsey, they've come on leaps," said Jersey skipper Kerry Sauvage.

"They gave us a good game today and to win 1-0 was really tough for us."

Guernsey have won the trophy just once in the past decade. But this proved to be the closest women's Muratti final in years Jersey having won the last two 6-2 and 8-0.

"Although we're disappointed at the result, there are lots of positives that we can take out of it.

"I thought we competed all over the pitch and it was close right until the end."