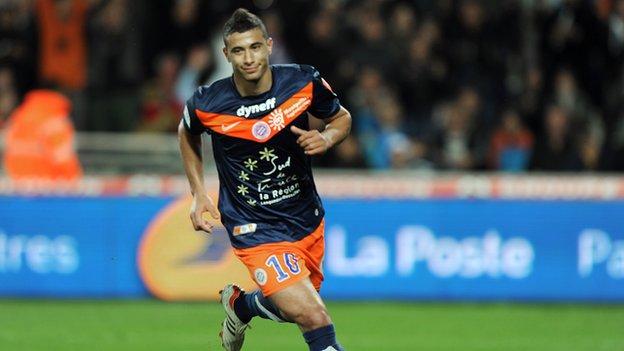 Morocco and Montpellier's Younes Belhanda has made the shortlist for France's player of the season award.

The award will be presented at the National Union of Professional Footballers' annual gala on 14 May.

Belhanda has also been nominated for the young player of the season and is the favourite to win that award.

The midfielder is up against his team-mate Remy Cabella, Lyon's Alexandre Lacazette as well as Cameroon and Marseille defender Nicolas Nkoulou for the prize.

The 22-year-old Belhanda has scored 12 goals this season for Montpelier to help them in their bid to win a first French title.

He also played in all three of Morocco's games at this year's Africa Cup of Nations in Equatorial Guinea and Gabon, scoring the winner against Niger.

Belgian winger Hazard, who won the award last season, and Ligue 1 top scorer Giroud are the favourites to win the main award.