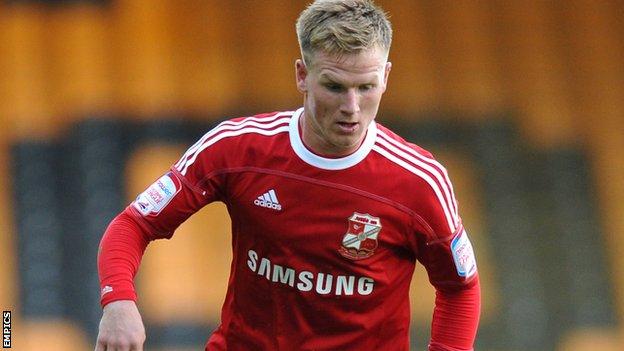 Matt Ritchie has targeted promotion to the Championship next season after Swindon sealed the League Two title.

Ritchie has taken inspiration from the likes of Norwich and Southampton, who won promotion in two successive seasons to reach the Premier League.

"Back-to-back promotions are not as rare as they used to be," 22-year-old Ritchie told BBC Wiltshire.

"If we go into next season with the belief that we can go up then I'm sure we will be able to do it."

The midfielder also praised the impact Paolo di Canio has made since taking over at the start of the season, with the club having just suffered relegation.

"Since he came in, he has changed the mentality of the club," Ritchie added.

"People were on a downer from last year, (but) the board has backed him, we've got some good players, we've got a great team together and there's a great team spirit and work ethic.

"Everbody's had to up themselves to keep those standards, it's been a massive impact and we've got the rewards from working hard."