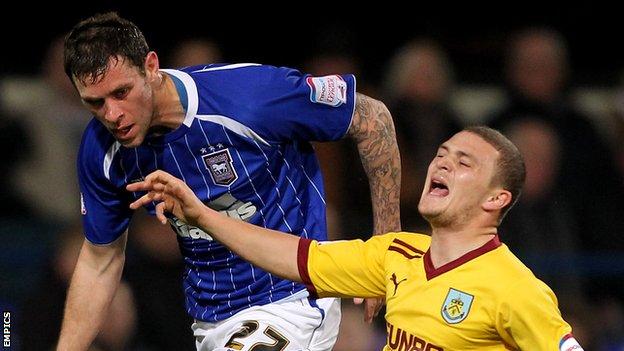 Murphy, who has played 34 games during a season-long loan at Ipswich, had expressed an interest in rejoining the Championship club next season.

Jewell told BBC Radio Suffolk: "I don't think that will happen although we would have liked to have kept Daryl.

"He's got a year left on his contract on good wages."

The 29-year-old Republic of Ireland international has been influential playing a wide position during his second Town spell.

His performances this season had urged Jewell to say he would like to sign the former Sunderland forward, but that now looks unlikely.

"We were grateful for Celtic helping us out but for us to go again they would want a transfer fee - and we just haven't got that amount of money." explained Jewell.

Meanwhile, Jewell is eager to restrict the number of players who leave the club on free transfers.

Midfielder Grant Leadbitter will quit Portman Road when his deal expires this summer, like Gareth McAuley and David Norris had done 12 months earlier.

"We've got to stop contracts running down. Marcus (Evans) paid £2m for Grant, £1.8m for Norris and I think £1.5m for McAuley," said the former Wigan boss.

"On top of that they were paid good wages. So the owner's lost a lot of money.

"I don't want to get into the situation where people are coming out of contract. If they don't want to stay then we've got to sell them.

"From a football point of view it's a pain in the backside to be constantly asked about contract situations."