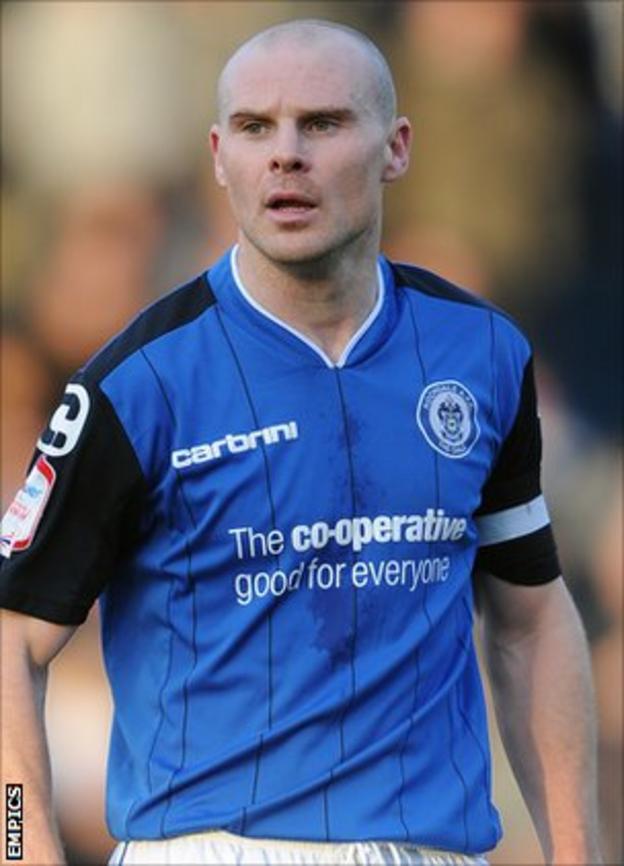 Club captain Gary Jones expects an exodus of players from relegated Rochdale at the end of the season but does not anticipate being among them.

Manager John Coleman will rebuild his squad this summer as he plans an instant return to League One.

Jones told BBC Radio Manchester: "There will probably be a big turnaround.

"I spoke to the gaffer, he asked me what I wanted to do and I told him that I've got a year left on my contract, so as far as I'm concerned I'm staying."

Coleman has told midfielder Nicky Adams, 25, that he is free to discuss terms with other clubs if he receives a suitable offer.

Jones, Rochdale's record appearance holder, was left out of the squad for the recent home victory over Exeter, prompting questions over his future.

But Coleman said Jones was still a big part of his plans for next season as Rochdale prepare for life in the fourth tier after just two years in League One.

"The whole season's been a big disappointment because we haven't been good enough," continued Jones.

"Everyone knows we lost the manager [Keith Hill to Barnsley] and our best players, but you've got to recruit new blood and I just don't think we've done that.

"It took us a long time and a lot of hard work to get into League One, and to go out like we have this season is a big disappointment."