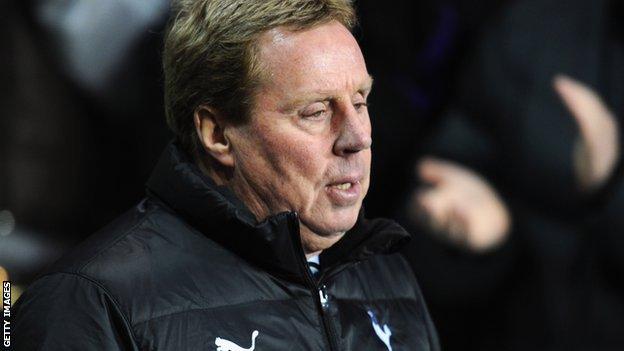 Tottenham manager Harry Redknapp is to join the BBC Sport team as a pundit during Euro 2012.

Kicking off on Friday 8 June, BBC coverage will be led by Gary Lineker and will feature Jurgen Klinsmann, Clarence Seedorf and David James.

BBC Sport will broadcast 16 live games, including a potential England quarter-final, both semi-finals and the final.

Redknapp, who had been linked with the England job, said: "I'm looking forward to working with the BBC team again."

Redknapp, who was part of the BBC team at the 2010 World Cup in South Africa, will join up with regulars Alan Hansen, Alan Shearer and Lee Dixon, broadcasting from the state-of-the-art studio based at BBC Sport's new home at MediaCityUK in Salford.

Using the latest technology, the team will bring the atmosphere and flavour of every live game to audiences across the country.

Jake Humphrey will lead the coverage from Poland and Ukraine, while Gabby Logan will bring all the news and updates direct from the England camp.

In addition to comprehensive TV coverage, the BBC will provide full coverage of the tournament across radio and online platforms.

On radio, all games will be covered via BBC Radio 5 live and 5 live Sports Extra while a raft of online tools, alongside live streaming of BBC games, will mean viewers can follow the tournament wherever they may be.

Philip Bernie, Head of TV Sport, said: "We are really looking forward to our top team covering the European Championship.

"We have an excellent line-up of talent to present and comment on all the action and hope to see England progressing as far as possible, with the BBC showing all their knockout matches live."