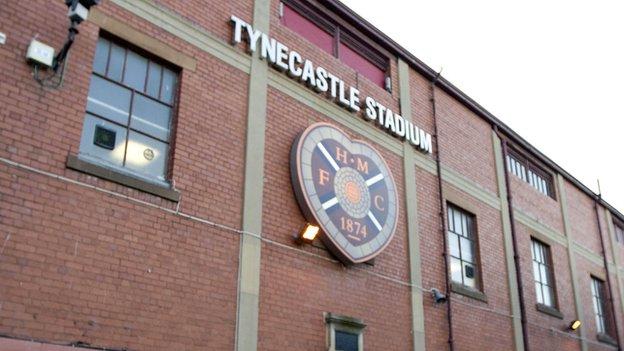 Hearts have released financial figures showing a profit of £511,000 for the year ending in June 2011.

The Edinburgh outfit say their overall debt is down from £36.1m to £24m, the result of a debt restructuring plan.

Turnover at the Scottish Premier League club is down to £6.9m; £1m less than the previous year.

Hearts say this downturn is due to the fact they have outsourced the retail side of the business and there was no European football or significant player sales.

Delays on three consecutive months led players to complain to the Scottish Premier League in December but the club avoided threatened sanctions.

Goalkeeper Marian Kello left last month, with his contract due to expire in the summer.

And Ian Black, Adrian Mrowiec and David Obua have since been told their deals will not be renewed.