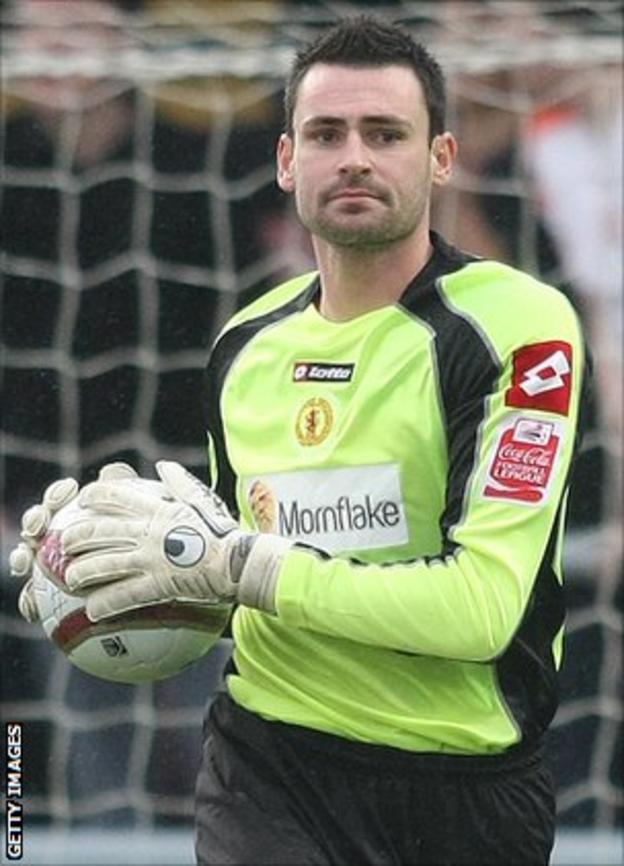 Promotion-chasing Crewe Alexandra look to be in safe hands as they aim for the League Two play-offs.

Keeper Steve Phillips has three times been involved in play-offs - twice with Bristol City, once at Bristol Rovers.

But, although excited at the prospect of getting there with the Alex, the 33-year-old is not counting any chickens.

"The job's not done yet," Phillips told BBC Stoke & Staffordshire. "Hopefully, one more good performance will take us over the line."

Crewe need only a point at home to Aldershot to ensure seventh place.

Only then will Phillips be able to share his experience of all three possible play-off emotions with the Alex dressing room - semi-final exit with Bristol City to Cardiff in 2003, defeat in the final in Cardiff in 2004, and victory with Bristol Rovers against Shrewsbury at Wembley in 2007.

"It's definitely exciting times," he added. "It's a great position to be in.

"Every pro wants things to play for at the end of the season, at the right end of the division.

"With Bristol City, we'd been up there all season and were expected to be there. But what we've done this season does bring back a few memories of when I made it with Bristol Rovers.

"We were 18th at Christmas, but we then went on a run that took us to the Johnstone's Paint Trophy final, then to the play-offs on the last say of the season, then on to Wembley."

Phillips' Gresty Road team-mate Lee Bell is even more excited by the prospect, billing the potential rewards thrown up by getting past Aldershot as the "biggest couple of weeks of my footballing career."

Midfielder Bell is standing by to come in on Saturday if Ashley Westwood fails to shrug off a bruised foot.

And 28-year-old Bell, whose contract expires this summer, sees this as more than just the chance to prove he deserves to be offered a new deal.

"We got promoted easily last time when we went up in second, in 2003," recalls Crewe Academy product Bell, who returned to the club in 2010.

"And I was only a bit part player when we stayed up against Coventry in 2005.

"And this could turn into the biggest couple of weeks of my footballing career."