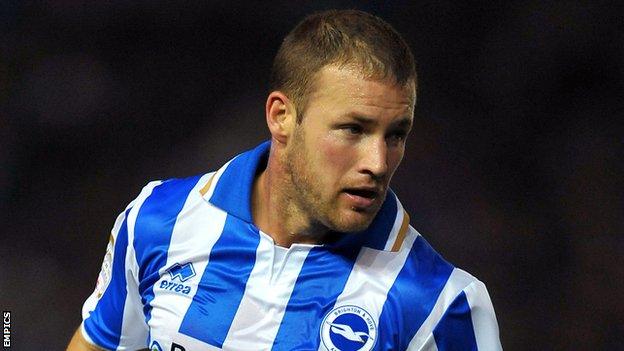 Brighton midfielder Alan Navarro has revealed that the club is not offering him a new contract for the time being.

Boss Gus Poyet is looking to strengthen his squad over the summer and there may be no place for Navarro next season.

Last year, the 30-year-old had to wait until August to sign a deal with the Seagulls, but went on to make 39 appearances in all competitions.

"It's another summer of uncertainty. Hate this time of year," Navarro posted on his Twitter page.

Navarro, who began his career with Liverpool, and joined the Seagulls from MK Dons in 2009, is free to try and find another club, but could opt once again to wait and see whether Poyet will change his mind.

The Brighton manager, meanwhile, is planning discussions with third-choice goalkeeper David Gonzalez, who played two games at the end of the campaign.

Speaking after Saturday's 0-0 draw at Barnsley, Poyet told BBC Sussex: "It's one of the decisions and we'll have a talk with David.

"Everything he did he did well. He kicked well and caught every shot.

"It wasn't one of the most difficult games in his life but it was good enough."