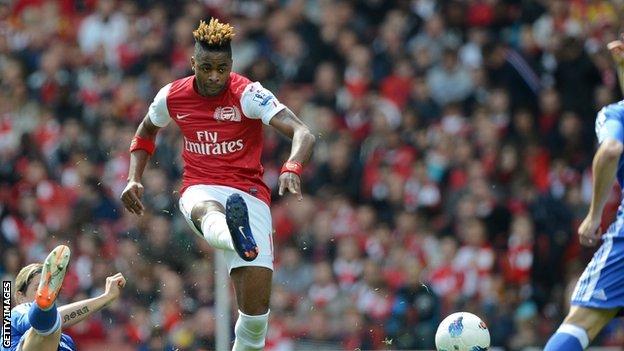 The Cameroon government is set to meet with the country's football association and senior players in Paris on 8 May.

A letter from the Sports and Physical Education Minister, Adouma Garoua, says the meeting will be "a working session to improve the working conditions and the performance of players."

Neither Samuel Eto'o nor Benoit Assou Ekotto have been invited to take part.

Eto'o continues to serve his eight-month ban for his role in a player strike last year while Assou Ekotto's future with Cameroon is unclear after his refusal to honour recent international call-ups.

Eyong has been invited to the meeting and is set to be recalled by Cameroon coach Denis Lavagne after completing his two-month ban after the strike.

Cameroon failed to qualify for this year's Africa Cup of Nations and were then hit by the player strike in November last year that led to the cancellation of a friendly against Algeria.

The Indomitable Lions are set to play Guinea in France in a friendly on 27 May.

They then have a busy June as they play 2014 World Cup qualifiers at home to DR Congo on 2 June and against Libya in Tunisia a week later.

The week after that they host Guinea Bissau in the second leg of their 2013 Africa Cup of Nations qualifier.

The Indomitable Lions hold a 1-0 lead from February's first leg.