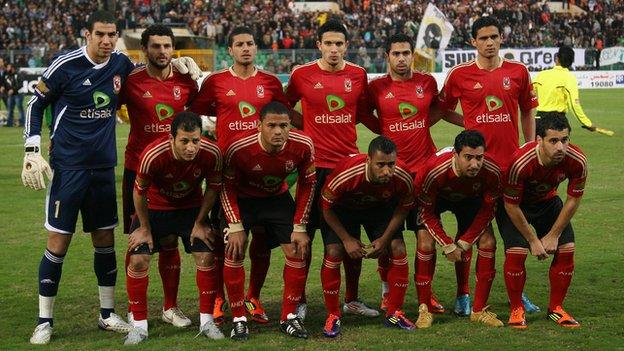 Players and officials from Egypt's Al Ahly and Nigerian side Sunshine Stars have left Bamako after getting trapped in Mali after renewed violence on Monday.

An Egyptian military plane airlifted Ahly out of Bamako on Thursday afternoon headed for Cairo.

The six players and two officials from Stars left on Friday to return home via Benin.

The two teams were stranded after Monday's attempted counter-coup caused the airport to be closed.

Ahly's flight after their 1-0 loss in the African Champions League to Stade Malien was initially delayed by bad weather.

Stars had battled to a 1-1 draw with Djoliba in the Champions League on Saturday.

Some members of the Nigerian party left after the game but a small group remain trapped.

On Thursday the Nigerian Football Federation said it was "deeply concerned" for those trapped.

The NFF were reacting to reports that their hotel had been "stormed" by armed men wearing military uniforms as the ruling junta in Mali cracks down on an attempted coup.

The federation added a player's hotel room had been ransacked. There were no reports of injuries.

Mali has been in turmoil since March when a group of soldiers toppled the country's democratically elected president.

The junta leaders then handed power over to an interim government in April, but they still wield power.