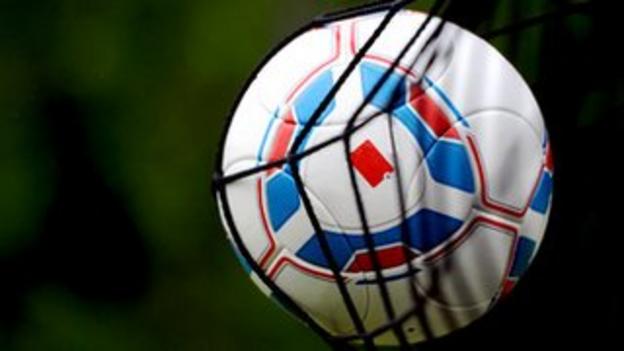 The duo are out of contract after leading the Surrey side to promotion to the Blue Square Bet Premier.

Thompson told BBC Surrey: "We've had a tremendous 17 months at the club. Me and Garry are well on the way to agreeing new deals.

"We feel the club can keep the momentum going into next season and we have to try and improve.

Thompson added: "Both of us have a passion to win football matches and do the best for the club we are working for.

Woking lost only five league matches on their way to the Blue Square Bet South title and Thompson, who made 84 appearances for the Cards during a two year spell at the club in the late 1990s, believes the side are capable of succeeding in the top tier of the non-league pyramid.

"We're looking forward to the challenge," he said.

"It's a lot of travelling but I think the club have the fan base, the board and the determination to take the club forward.

"It's a big step up but a lot of players are capable of making it. They've got a winning mentality and we've got momentum to take forward.

"If we can finish in the top half, it would be a great achievement."