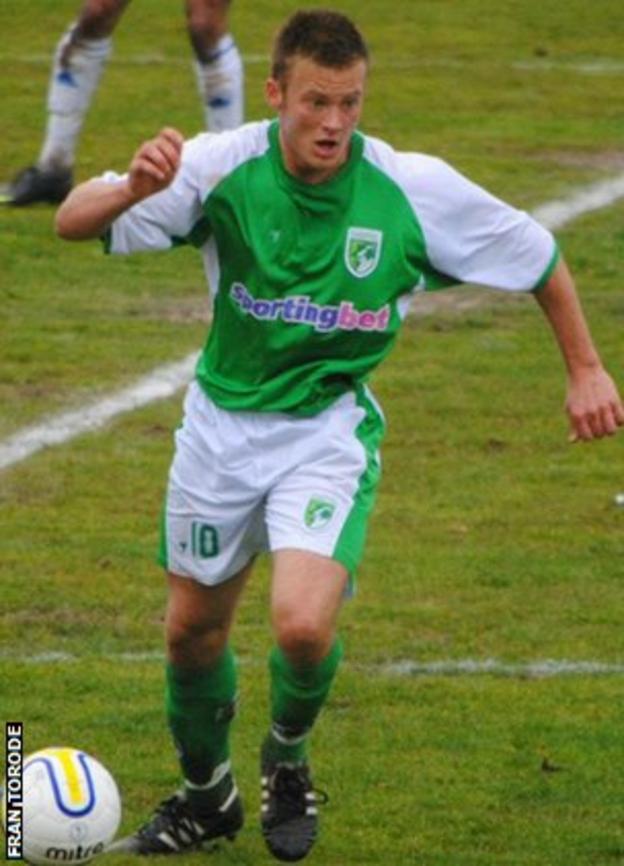 Rhys Jordan, who is just 17, has burst onto the Guernsey FC scene since getting his debut at the end of February against Staines Lammas.

Since then he has played six times for Guernsey FC as well as helping Sylvans to the Guernsey FA Cup final.

He returned to the island last summer after moving to New Zealand, for whom he played at the Under-17s World Cup.

Graham for the annual grudge match with Jersey, which he will cut to 18 after Guernsey FC's Combined Counties Premier Cup final on Friday night.

"The last time I saw a Muratti I was nine-years-old watching with my dad, so it will be nice to be involved," he told BBC Guernsey.

"I might not get on the pitch but just being involved with the squad would be good."

Jordan missed much of the season after suffering a back injury, but says he has enjoyed his return to the sport.

"I was frustrated at not playing for six months.

"But I've been lucky enough to play in the Under 18's Muratti, which we won and with Sylvans who finished in the top three for the first time in years ,so it's been great."