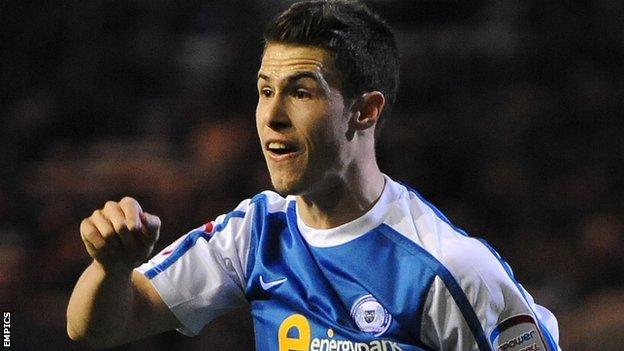 Peterborough United's Tommy Rowe still considers himself a midfielder, despite successfully carving a niche in the team at left-back.

Rowe started the final 12 games of the Posh season in the back four following the departure of loanee Matt Briggs.

He told BBC Radio Cambridgeshire: "I'd never sit down and say 'Yeah, I'm a left back now' as I really enjoy playing in midfield.

"But it's all up to the manager and I'll play where I'm told."

Rowe joined the Posh from Stockport in the summer of 2009 and has mainly been deployed on the left of midfield during his time at London Road.

"Day in day out, I always try to be better than the players I am playing against, and fortunately I seem to be doing a good job".

Manager Darren Ferguson has hinted that he will keep faith with Rowe at left-back for next season.

Rowe's current contract runs until 2014, so his short-term future is secure. He is looking forward to a relaxing summer.

"This year has been great for me and there's certainly no stress for me at the moment. I just need to rest up ahead of pre-season," he said.