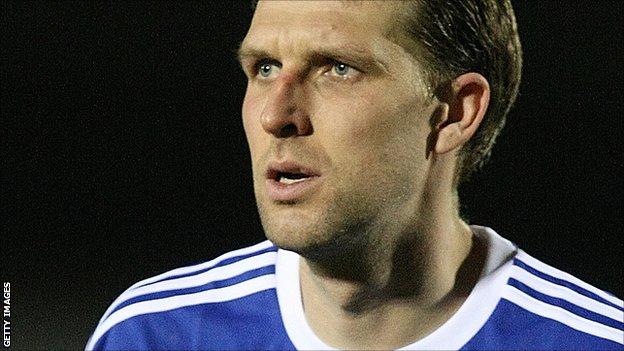 Ben Futcher has agreed a new contract with Bury and will combine playing with a new role as a development coach.

"It's a big step and something he wants to do," said manager Richie Barker. "It's something I've seen in him."

The position will be created over the summer as Bury will be entering a team in a reserve league next season.

Defender Futcher, 30, has not played a first-team game for Bury this season but had loan spells with Mansfield, AFC Telford and

Barker told the club website: "Ben will still be available to play for us if needed, but he will start earning his stripes as a coach and will be working with our younger players, plus working with the first team and maybe even a bit of scouting.

"I was given the opportunity by (former Bury boss) Alan Knill because he saw me as a player that may go into coaching. I've done the same with 'Futch'."

Futcher, the son of former Manchester City, Luton and Barnsley centre-back Paul, joined Bury in 2007 and has made 136 appearances for the club.