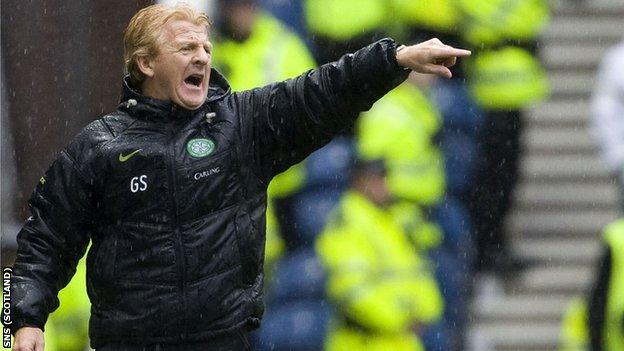 "You must keep Rangers in the SPL, but they have to pay the penalty for their misdemeanours," the former Celtic manager told BBC Scotland.

"It is unfair that Rangers players, coaching staff and supporters are blamed or punished for something that went on maybe decades ago.

"You cannot kill a club with history like that."

Rangers are facing an uncertain future, owing to their perilous financial state.

But Bill Miller is nearing a takeover at Ibrox after being granted preferred bidder status by the club's administrators Duff and Phelps.

And the SPL say they will continue discussions with the American businessman about his plans to form a new company.

Top flight clubs met on Monday to vote on proposals to dock such a 'newco' club points and financial income during their initial years.

However, the 12 clubs adjourned their vote and will meet again next Monday.

In the absence of regulations on the subject, any newco club would need to request permission from the SPL board to acquire Rangers' share in the competition.

Rangers could yet face sanctions from the SPL, in addition to those punishments already handed down by the SFA.

But Strachan thinks it is imperative that the Glasgow giants stay in the top tier.

"So many players and managers have put so much into the club and to wipe that away, that's not right," he added.

"Celtic will enjoy winning more if Rangers are there and vice versa. Trust me."

Strachan, who won three SPL championships in his spell in charge at Parkhead, was also praiseworthy of the Rangers manager Ally McCoist, who he believes has had the most difficult job of any previous manager of the big two.

"He is a strong minded character, but he has also got a sense of humour to see him through things. You need that," he said.

"They don't show you that in coaching courses or in the management course.

"He's had as hard a job as any Old Firm manager's had with what's been going on.

"He's handled it well because he's had to answer questions on every subject."