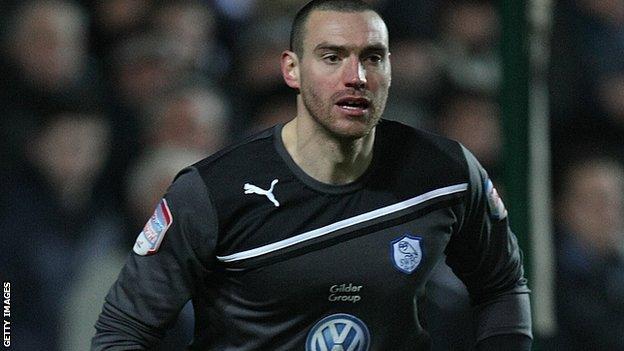 Sheffield Wednesday goalkeeper Stephen Bywater is pleased the side have "control of their own destiny" going into the final game of the season.

If Wednesday defeat Wycombe at Hillsborough, they will be promoted back to the Championship regardless of third-placed Sheffield United's result.

"We have control of our own destiny and that's what you want," 30-year-old Bywater told BBC Radio Sheffield.

"We're relying on ourselves and no one else and that's the best way to be."

He added: "When it comes to the last game you want to be in a position where it's in your hands so it's worked out perfectly."

Bywater has made 33 appearances for the Owls this season and kept 13 clean sheets since joining the club from Derby County.