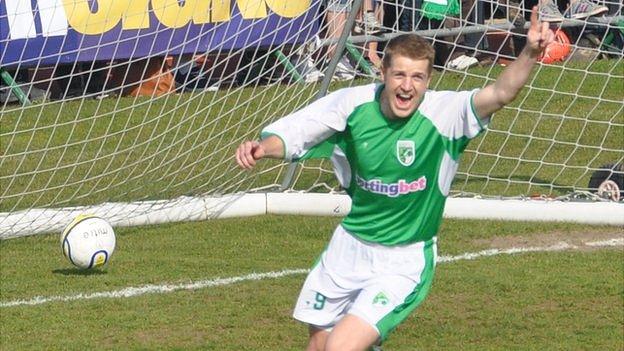 Dominic Heaume scored both of the game's goals, with one either side of half time.

The win means the Green Lions became the first team outside the CCL Premier Division to win the Challenge Cup in its 34-year history.

Victory seals the "double" for islanders after they were crowned champions of CCL Division One earlier this term.

Tony Vance picked a squad of regular Guernsey FC faces for the game, with striker Ross Allen being the notable absence after picking up an injury.

Guernsey FC entered the Combined Counties League in 2011, the same year the team was formed.