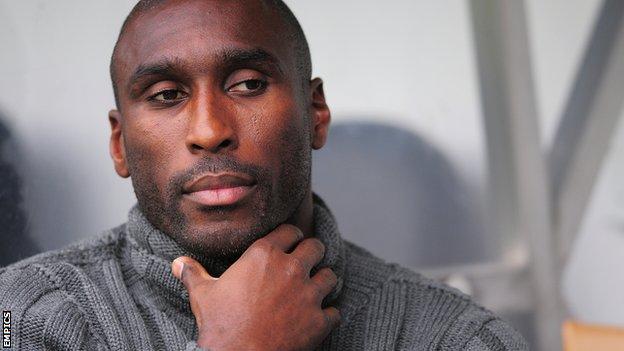 Sol Campbell plans to start taking coaching badges with a view to moving into football management.

The former Tottenham and Arsenal defender announced the end of his playing career on Wednesday.

Campbell, 37, told BBC London 94.9: "I want to start sometime in the summer. But it's a slow burner that takes three to four years.

"The best thing is to get it done and over with. Eventually I want to get into something."

He added: "But it's a long old stint to get your badges for the UK and then the Uefa badge."

Campbell, who won two league titles and three FA Cups during his playing career as well as winning 73 caps for England, believes his experiences will stand him in good stead should he makes the switch to the dugout.

"I've been to the top which doesn't always mean you'll be a great manager," he continued.

"Sometimes you've got to be sensitive to other things and be able to understand the game and when you have to change it through substitutions or whatever.

"You've got to be able to deal with 30 or 40 different characters in a squad. That's an art in itself."

He added: "Some managers are great trainers but they aren't people-persons who can relate or communicate.

"It's a challenge to produce a fantastic team, win games and carry on winning.

"There's a lot of ingredients to throw in before you get to that level. It doesn't scare me."