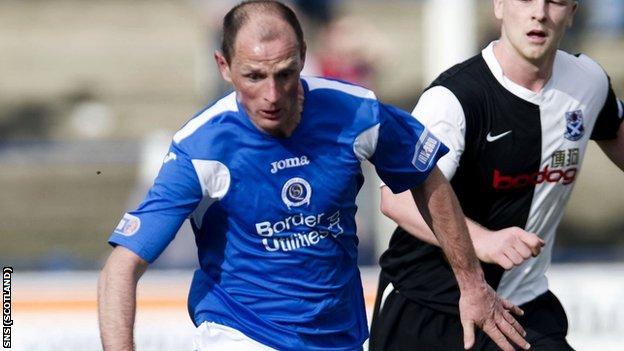 Allan Johnston has been confirmed as the new manager of Queen of the South.

The relegated Palmerston outfit will be looking to Johnston to guide them straight back to the First Division.

"Allan brings with him a wealth of experience having played in Europe, England and Scotland," Hewitson said.

The former Scotland international steps up from player-coach to take over from Gus MacPherson, who departed this week following the club's relegation.

Johnston is believed to want an experienced assistant on-board to allow him to continue playing next season.

Hewitson added: "He was player-coach last year at the club and always made his intentions known that he wanted to move into management.

"He will be appointing a strong experienced number two to allow him to still play if he feels he can pass on his knowledge of the game to youngsters in the squad.

"We are delighted with the appointment and will give him every support to ensure he and the club meet our target of bouncing back up to the First Division."