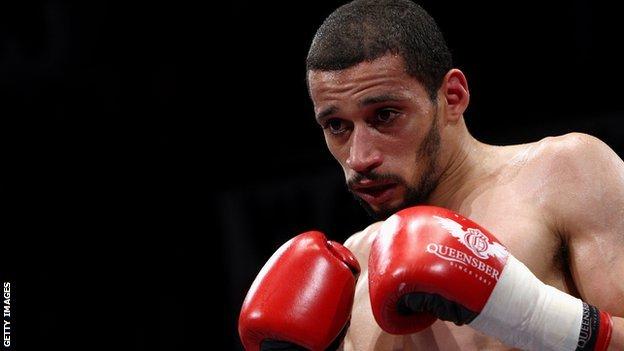 Former Sheffield United midfielder and professional boxer Curtis Woodhouse has spoken of his delight at being named manager at non-league Sheffield FC.

The 32-year-old quit full-time football to become a professional boxer in 2006, although played on in non-league.

"I was coaching at Lincoln City and when I got offered the job I thought it was a great opportunity," he told BBC Radio Sheffield.

"I know it's a good little club and a fantastic place to learn my trade."

He added: "Up until taking on the coaching job at Lincoln I hadn't really thought about going into it but I've really enjoyed it."

Woodhouse, who fights Dale Miles in a British light-welterweight title eliminator on 8 June, is already targeting a promotion with the world's oldest football club, after being appointed manager on Wednesday.

Sheffield finished fourth in Northern Premier Division One South this season but were thumped 7-0 by Ilkeston in the play-offs.

"I want promotion here. I'm very ambitious and I always have been," he continued.

"When I decided I wanted to be a footballer I wanted to play for Liverpool, who were the best team at that time, and England and when I started boxing my aim was to be British champion."

The one-time Premier League player, having turned out in the top-flight for Birmingham City, boasts a record of 16 wins and three defeats from 19 fights.