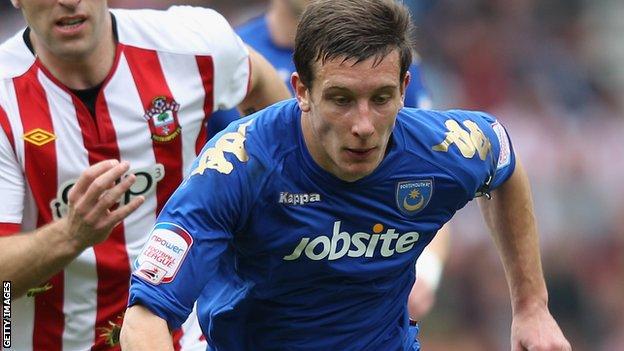 Pearce, 24, who has agreed a four-year deal, made 44 appearances for Pompey in the 2011-12 season after signing from Bournemouth last summer.

Manager Neil Warnock told the club website: "He's just the type I look for when I go into a club at this level.

"He fits the bill for everything - hunger, ability and so on. There's a lot of plusses."

The Elland Road club look set for a transitional summer after announcing on Wednesday that they were releasing five players and making a further six available for transfer.

United endured a disappointing end to the campaign, finishing 14 points off the play-offs and winning just two of their final 10 games.

Meanwhile, defender Leigh Bromby has undergone an operation on his knee after suffering a ruptured patella in the 1-1 draw with Cardiff City.

No date has been set for his recovery but he is expected to be out until the end of the calendar year.