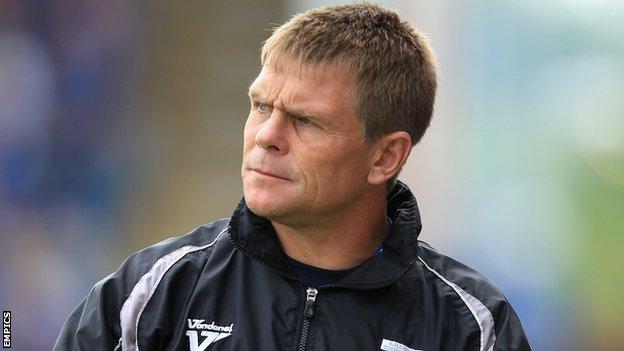 Gillingham boss Andy Hessenthaler believes he will be fired if the side are not challenging for promotion to League One next season.

The Priestfield outfit have missed out on the play-off places for the second season in succession.

"I've been in the game too long and I'm not stupid. If we're not where we should be come month two of the season we know what will probably happen."

He added: "But I'm not focusing on that, I'm focusing on trying to build a team in the summer and get the promotion we are crying out to do."

Hessenthaler has re-iterated his commitment to revamp his squad over the close season and mount a promotion push.

"I love this club," he continued. "It's in my blood and I'm hurting just as much as the fans, the chairman and the board of directors are.

"Hopefully I'll get time to rebuild in the summer, go again and achieve it next year.

"I couldn't give any more hours to the club and the chairman knows that."