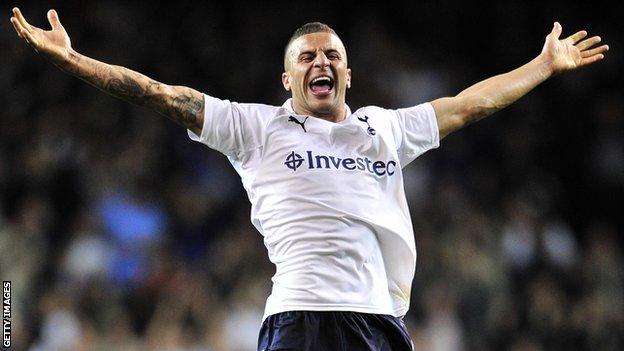 Tottenham right-back Kyle Walker has signed a new contract that will keep him at White Hart Lane until 2017.

Walker joined Spurs from Sheffield United in 2009 and has started 25 of their 36 league games this season.

He said on Twitter: "Happy to have just signed a contract extension. My future is at the club and I believe we have big things to come."

In April, Walker was named as the Professional Footballers' Association Young Player of the Year.

Walker started his career at Sheffield United, and was loaned back to the Blades for the 2009-10 season after joining Tottenham.

Following loan spells at QPR and Aston Villa last season, he has become a first-team regular at White Hart Lane and made his England debut against Spain in November.